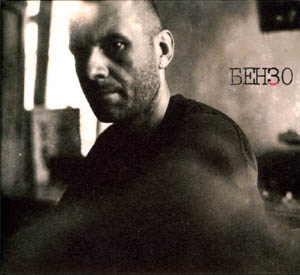 Note: „The Tapes“ is the debut-release by Benzo aka Richard Norvila. Lithuanian experimental electronic musician and psychotherapist Richard Norvila loves the noise of Moscow that hums like a merciless meat grinder mixing together everything Russian, Tartar, Armenian, and Azerbaijani to create the mince of Moscow life. This forms the basis for his music which loner Norvila produces in his music studio in a single room apartment one and a half hours by Metro and bus from the centre, which in terms of the distances people cross daily in Moscow, is in the city. There, against a background of long-faded floral wallpaper are stacked dozens of old synthesizers, mixing desks and samplers “made in Russia” with a warm dusty sound for which many freaks in the West would gladly swap their entire record collection.
As samples Benzo uses old Russian vinyl discs only and calls what is produced “Benzo House”. “The synthesizer always tells a story, if you allow it to do so. If, when playing a Russian machine, you try to be precise then you have problems. It’s simply not possible. Therefore playing live is always a performance as my ‘synthies’ do what they want, sometimes, however, I’m allowed play as well.”

Norvila is not only a psychotherapist but also has a doctorate in philosophy and since the age of 14 has fiddled around with electronics. Since 1998 he has run the project Benzo. “The name Benzo comes from Benzin (Russian for petrol, gasoline)” explains Richard Norvila. “Motor cars in Moscow do not have catalytic converters and therefore our bodies participate in the process of breaking down oil and recycling it. If the groove can be derived from the movement of a person’s body then the units of breathing in and breathing out form the basis for shuffle and other kinds of subtle shifts in rhythmic patterns. In Moscow we inhale petrol fumes and exhale less petrol fumes. This is also the case with BENZO. I hate electronic sound that requires you to wade through pages of instructions in order to understand it, for me music should directly affect the metabolism.”